“I Have a Dream” is a speech by Martin Luther King Jr. known for its appeal to the emotions and concerns of the audience and, therefore, being influential. It is remembered as one of the greatest ones made in the twentieth century since it has affected the society significantly. Reflecting on the importance of dealing with racial inequality, Martin Luther King lays stress on such foundational American perspectives as freedom, equality, individual rights, the rule of law, and religion, and, thus, makes the society react to his words.

The speech presented in August 1963 was influential for many reasons. The first and the most important one is the right time chosen for presenting it. African Americans, or Negroes (the name used at that time), were tired of being treated as a lower race and nation that deserved to be slaves for many centuries. Even after the end of the Civil War, when Abraham Lincoln introduced the 13th Amendment to the

Constitution that was approved by the Congress, the slavery was only formally abolished (The Library of Congress, 2014). African Americans still did not experience the equality of rights they were guaranteed by the Constitution. At the time King delivered his speech, the African Americans and their supporters were ready for the armed rebellion since the presidents had changed, but no improvement for them had been made. Even though King was often considered to be “sellout” due to the fact that he fought for finding a peaceful solution for the problem, many people supported him because he did something to make their lives change (Mitchell, 2013).

Another aspect that makes the speech powerful is rhetorical appeal. First of all, it is worth stating that Martin Luther King Jr. mentions Abraham Lincoln (King, 1963). Referring to the person who gave their ancestors hope for change, he made African Americans recall who they were and what they had been promised. He encouraged them to think the following way: if the slavery and equality were guaranteed by the Constitution so long ago, why they did not experience these foundations of American society. Moreover, King urged his fellow citizens to think of the individual rights safeguarded by the most significant documents (Liu, Karlan, & Schroeder, 2010, p. 7). Freedom and equality are ensured by the Constitution and the Declaration of Independence (Liu, Karlan, & Schroeder, 2010, p. 8), and if the United States are free from Great Britain or any other country, its people should feel that freedom since, first of all, it has been guaranteed to them and, then, the country. Pointing to the Constitution and Emancipation Proclamation, King (1963) also drew attention to ignorance towards another fundamental American perspective – rule of law. The President along with the government should do everything in order to ensure following the Constitution. However, the state of things at the time when King declared his speech proved this duty to be neglected. Addressing all citizens living in the United States and African Americans in particular, the activist awakened the nation and fostered it to rebel against injustice, discrimination and oppression.

Furthermore, King appealed to such a fundamental American perspective as religion. Even though Christianity is not regarded to be the official religion of the United States, he still referred to the religious beliefs of people to support his claims concerning more essential fundamentals with its teachings. Turning to the authority of Abraham Lincoln, reliability of the state’s documents, and personal feelings of the African Americans, King encouraged them to act – fight against the racial discrimination, but in a peaceful way, the way the Bible tells him and all other people to follow (Mitchell, 2013). Although the activist quoted the Bible and asked for peaceful protest, many African Americans have been reported to contradict him in this approach as, in their opinion, no other way was appropriate except for using force (Mitchell, 2013).

Insisting on freedom, equality, and ensuring individual rights for life and happiness, King made African Americans organize freedom marches. However, the speech “I Have a Dream” also caused even more severe racial discrimination not only of African Americans, but also of other ethnic minorities (Mitchell, 2013). Whites, according to Arrvel Wilson (as cited in Mitchell, 2013) were angry and dissatisfied with the Negroes’ desire to be equal to them. Interesting, but some African Americans were not happy about the outcomes of King’s speech (freedom marches) either. Thinking of a peaceful solution proposed by King, young generation that organized the 1960s protests against inequality and breaking the Constitution – the major law of the state – reacted a bit differently from the way they were supposed to (Mitchell, 2013). Some of them became less positive about peaceful resolution of the problem.

The impact of the speech was intended for the United States only, however, it is claimed to have had a worldwide effect. Although King addressed the American society, people in African countries were stimulated to rise against the authority of their states (Wapshott, 2013). Therefore, claiming that “the life of the Negro is still sadly crippled by the manacles of segregation and the chains of discrimination” (King, 1963), the activist encouraged the movement for black liberation in the South Africa, which was led by Nelson Mandela (Wapshott, 2013).

To conclude, one of the greatest speeches of the twentieth century has had a big influence on the American society and on the attitude towards inequality in the whole world. Appealing to such fundamental American perspectives as freedom, rule of law, individual rights, equality, and religion, King encouraged African Americans to fight for the privileges guaranteed to them by the Constitution, Emancipation Proclamation, and the Declaration of Independence. 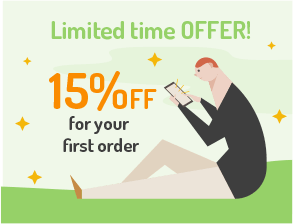 for the 1st Order
Place an order
x
Special Offer